Well, it was a lot to cram in, and family commitments and car problems only added to the adventure; but I think I just had some of the best gigs of my life. 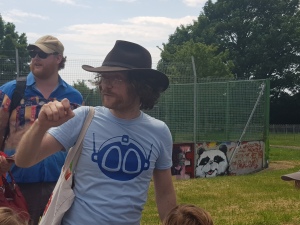 The Time Travel Treasure Hunt at Hangleton’s Our Place on Saturday was an amazing success. The whole event was fantastic, the weather smiled, and in the afternoon session we had the most committed intrepid, and excited bunch of kids and their grownups that any Time Traveller could ever hope to meet. The feedback we got at the end really showed how worthwhile the whole project was: people thanked us for the history they’d learned and the fun they’d had; we had a wonderful chat with the parents of a little girl on the autistic spectrum, who was one of the most engaged, helpful and imaginative of the lot and got totally stuck in right from the word go (which meant loads to me as a parent of 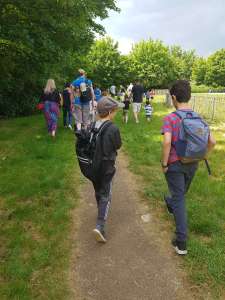 autistic kids, who strongly suspects he’s on the spectrum himself); and best of all, two local residents told that that although they’d lived in Hangleton all their lives, they’d never heard half the stuff we shared with them on the tour. THAT’s exactly why we do the Treasure Hunt! So it was the best feedback we could have got.

We got some very flattering press attention too. You can hear my interview from last week on RadioReverb here via Spotify; there were online articles from both the University of Sussex and (scroll down) from Brighton Festival; and on the day, I was interviewed live for BBC Radio Sussex (listen again here, I’m at 1:54:00) and also filmed by the Festival’s camera crew, which I’m looking forward to seeing. 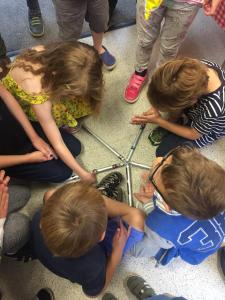 Thanks a million again to the Brighton Festival and Our Place for having us at such an important event; to the University of Sussex for supporting the project; to lecturers Lucy Robinson and Chris Warne; to Joanna who was so up for the morning session and had some great ideas for the afternoon; and most of all to the amazing students who worked so hard producing material for the hunt: Megan, Rosanna, Laura, Emily, Victoria, Sophie, Adam Orla and Krista – without whom it would not have been possible.

And then before, around and after that I was at Elderflower Fields! It’s always a really special festival, with millions of unexpected and wonderful things for families to do, all set in a spectacularly beautiful site in Ashdown Forest. But this year I think I had some of the best audiences I’d ever had, with people coming back to see me each of the three nights, and a hardcore of kids who sat front-and-centre in front of the mic every time. On Friday I shared a selection of folk tales from Sussex, and also one I picked up on holiday in Brittany; Saturday we delved into the grim drama of Norse myths; and on Sunday I took the crowd through my work-in-progress cycle of old British myths associated (in my mind) with the White Horse of Uffington – soon to see the light as a full show, I hope; watch this space…

So thanks a million to all the fantastic folk of Elderflower Fields as well, for having me and for listening and for enjoying the show. And on top of it all I managed to cycle all the way there from Brighton on Sun because the car’s clutch went on Sat night – never done anything like that before. (And rode most of the way back too; but I caught a train from Hayward’s Heath because I was knackered). 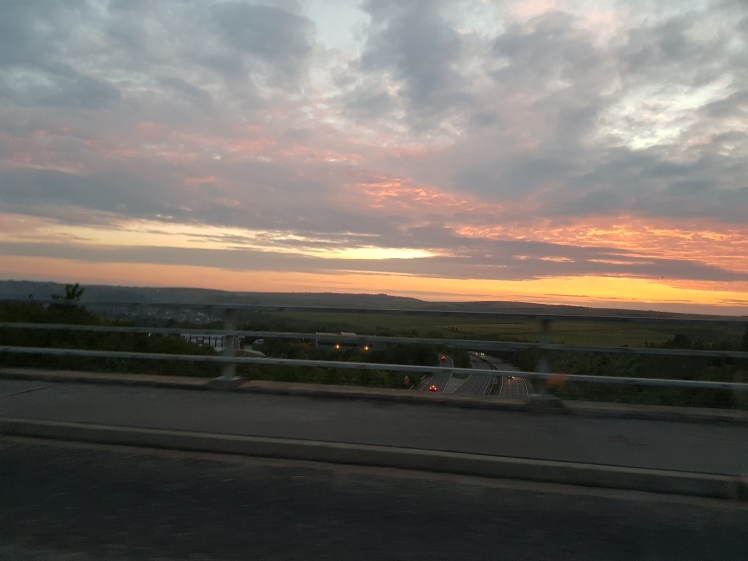